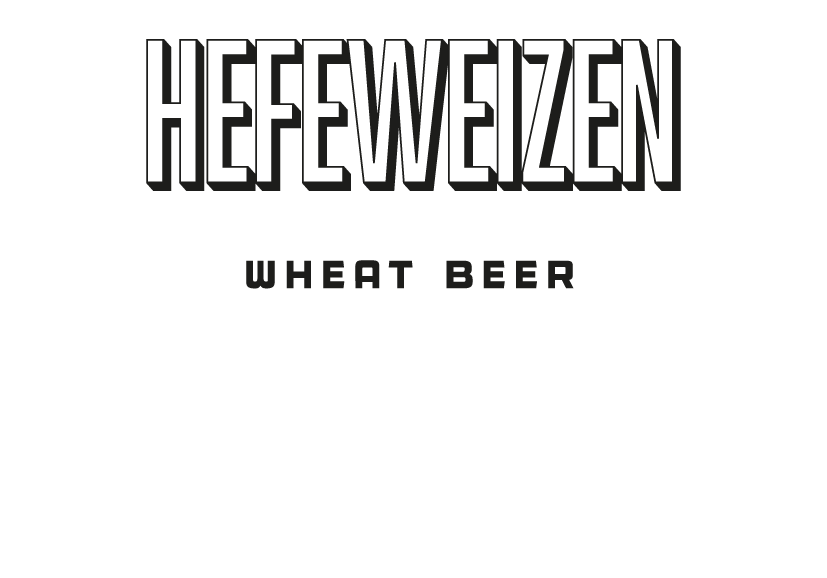 Inspiration
We have always loved a bold full bodied wheat beer that feels like you are drinking a beer and eating a meal in the same mouthful. A true nod of the head to all those traditional German Hefeweizens that give you that warming feeling inside.

Expect
Brewed with over 55% of the malt bill being made up of Wheat, Rolled Oats, Torrefied Wheat, Flaked Torrefied Oats & Flaked Torrefied Barley; resulting in a beautiful mouthfeel and a huge body. Traditional Mittelfruh German hops were used alongside a classic German style wheat beer yeast.
Expect a big rounded soft mouthfeel with bursting banana notes with a touch of classic spice from the hops.

VIEW OUR OTHER BEERS